When it comes to the largest animals on the planet you might think of the Blue Whale or may be Bootlace worm. But what if we tell you that there is a much larger animal than these. Meet the Giant siphonophores, or the Praya dubia an invertebrate that lives in the deep sea at 700 m (2,300 ft) to 1,000 m (3,300 ft) below sea level. This siphonophore can grow to lengths of 160 feet (50 m), longer than the blue whale. It has been found off the coasts around the world, from Iceland in the North Atlantic, to Chile in the South Pacific. Praya dubia is a member of the order Siphonophorae within the class Hydrozoa. Siphonophores are free‐swimming colonial hydrozoans (Cnidaria) composed of asexually produced multicellular zooids. These zooids, which are homologous to solitary animals, are functionally specialized and arranged in complex species‐specific patterns. Zooids cannot survive on their own, relying on symbiosis in order for a complete Praya dubia specimen to survive.

In simple language, Siphonophores are complex, highly polymorphic creatures, similar to corals whose “colonies” are composed of many polypoid and medusoid “individuals”, and yet they function physiologically as single individuals.

They are a collection of highly specialized working parts. Some parts catch prey, others digest food, some parts reproduce and others direct the action by swimming. This siphonophore can also be bioluminescent — it creates its own light. When it bumps against something, its stem glows with a bright blue light or red light and it’s absolutely beautiful. The giant siphonophore’s body is very long but not much thicker they are poorly known because they are fragile and live in the open ocean. They are rarely found and the largest ones are yet to be discovered even longer than 50m.

Now that you have known what giant Siphonpohore is, let’s see how it looks. This video was posted on Twitter by the Schmidt Ocean Institute. In this video, a thin, silvery something floats in the open ocean in a strange spiral formation that is actually a giant siphonophore.

Another stunning video was posted by the Monterey Bay Aquarium Research Insitute (MBARI) captured absolutely stunning ROV footage of a scarlet Sinophore in locomotion across the ocean floor at 500-1,500 meters. 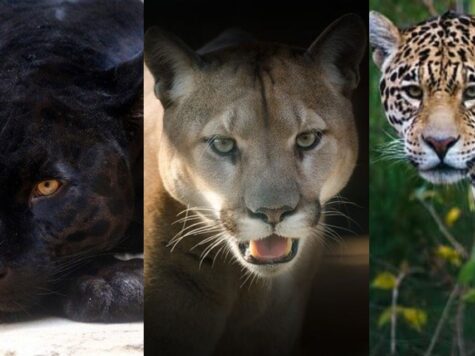